Alfred Sandrock, MD, PhD, head of research and development, Biogen, has published an open letter to the Alzheimer community in an attempt to clarify “misinformation and misunderstanding” that has moved “outside the boundaries of legitimate scientific deliberation.” 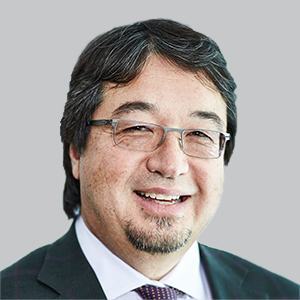 Considering the ongoing discussion and controversy surrounding the recent FDA approval of the antiamyloid agent for the treatment of Alzheimer disease, aducanumab (Aduhelm; Biogen), Alfred Sandrock, MD, PhD, the head of research and development at the company, has penned an open letter to the Alzheimer disease community.1

Sandrock wrote in the letter that “Unfortunately, Aduhlem’s approval has been the subject of extensive misinformation and misunderstanding. It is normal for scientists and clinicians to discuss data from experiments and clinical trials, to debate, and to disagree, on the interpretation of data. That is how science advances[,] and we welcome these discussions. Recently, however, there has been a turn outside the boundaries of legitimate scientific deliberation.”

The letter’s main points of clarification were centered around the FDA’s accelerated approval pathway, the agency’s decision to approve based on the available supporting data, and the potential impact on “innovation and competition” that the approval may have on the clinical development of therapies in Alzheimer.

Much of this debate in the medical community has centered around the data used to support the application for the therapy and the somewhat unconventional road the agent took from clinical development to agency approval. After Biogen first announced in March 2019 that it was discontinuing the 2 phase 3 clinical trials evaluating the antiamyloid agent—EMERGE (NCT02484547) and ENGAGE (NCT02477800), as well as a phase 2 safety study, EVOLVE (NCT03639987)—it followed up in October of that year, reversing course on the decision. New analyses then presented in December 2019, including data from EMERGE and a post hoc analysis of a subset of patients who received high-dose treatment in ENGAGE, suggested that there were statistically significant changes in the Clinical Dementia Rating-Sum of Boxes (CDR-SB) scores, with P values of .010 or .031 depending on cutoff.2

The complex analysis stemming from terminated trials led to discussion about the therapy’s actual clinical benefit, though most agree on its efficacy in clearing amyloid plaques. The original approval, on June 7, 2021, was granted through the accelerated approval pathway, and after some confusion about its indication, which was originally listed somewhat broadly as “for the treatment of Alzheimer disease.”3

Updates to the language were then made by the FDA, stating that treatment with aducanumab should be initiated in patients with mild cognitive impairment (MCI) or mild dementia stages of the disease, the population in which the treatment was initiated in clinical trials. It continues to state that there are no safety or efficacy data on initiating treatment at earlier or later stages of the disease than were studied. Aducanumab’s indication under the accelerated approval pathway also remains the same and continued approval for this indication is still contingent upon verification of clinical benefit in confirmatory trials.4

“We recognize that Aduhelm’s dataset was complex and its journey to this point did not follow a conventional path. But the road to innovation is rarely straightforward, and ADUHELM is not an exception. Throughout, our team has worked with steadfast determination to follow the science and be driven by an acute understanding of the pain and suffering Alzheimer’s disease inflicts on patients, families and society. We stand behind the clinical evidence provided by the studies and the data-driven scientific approach taken,” Sandrock wrote.

Notably, Sandrock has been the subject of conversation surrounding the recent request for independent review and assessment of the interactions between representatives of Biogen and the agency during the process that led to the approval initiated by Janet Woodcock, MD, acting commissioner, FDA. She announced the request, to be conducted by the Office of the Inspector General of the Department of Health and Human Services, on her Twitter account in early July, writing that “We believe an independent assessment is the best manner in which to determine whether any interactions that occurred between the manufacturer and the agency’s review staff were inconsistent with FDA’s policies and procedures. We believe this review and assessment will help ensure continued confidence in the integrity of FDA’s regulatory processes and decision-making.”

The request for inquiry appeared to stem in part from reporting from Stat and the New York Times, both of which confirmed that an informal meeting took place in May 2019 between Sandrock and Billy Dunn, MD, Deputy Director, FDA Neuroscience Office, at a conference in Philadelphia, Pennsylvania. During this meeting, Sandrock allegedly showed the regulator some data underlying the new analysis.5,6

“We welcome a formal review into the interactions between the FDA and Biogen on the path to the approval of aducanumab. A better understanding of the facts is good for everyone involved to assure confidence in both the therapy and the process by which it was approved as we prioritize the issues that affect patients,” Sandrock wrote.

The NeurologyLive Mind Moments podcast recently featured a number of experts in AD to inquire about their reactions to aducanumab’s approval in Episode 39, "A Controversial FDA Decision." It features insights from a number of individuals in the Alzheimer disease space, including neurologists, psychiatrists, and advocacy partners, including Marwan Sabbagh, MD; Anton P. Porsteinsson, MD; David Knopman, MD; Lon Schneider, MD, MS; Robert Howard, MD, MRCPsych; Ian Kremer, JD; and Douglas Scharre, MD, who shared their varying and nuanced opinions on this decision to better understand not only what this approval means for clinical care, but what the downstream effects of it may be. To listen, click here.