Development of Insomnia Leads to Worsened Middle- and Late-Age Cognition

The odds of having memory worsening at follow-up after 3 years were almost 30% greater for those who exhibited deteriorating insomnia status than those who showed signs of improvement. 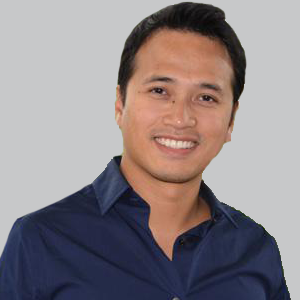 Findings from a study of more than 25,000 participants showed a longitudinal association between probable insomnia status and subjective memory decline in middle-aged and older adults, potentially raising the importance of targeting insomnia to address age-related cognitive decline.1

After adjusting for age, sex, income, education, ethnicity, language, time to follow-up, and percentage loss to follow-up, the odds of having memory worsening at follow-up increased by 100% (odds ratio [OR], 2.00; 95% CI, 1.57-2.55) for those with no insomnia symptoms (NIS) who converted to probable insomnia disorder (PID) compared with those who remained NIS after a 3-year follow-up. Additionally, the odds were 24.1% higher (OR, 1.24; 95% CI, 1.15-1.34) for NIS participants who converted to showing insomnia symptoms only (ISO) compared with those who remained NIS.

Senior investigator Thanh Dang-Vu, MD, PhD, professor, Concordia University, and colleagues, assessed a cohort of 26,363 individuals at least 45 years of age on cognitive domains such as memory, executive functions, and psychomotor speed, while also categorizing patients as either PID, ISO, or NIS based on sleep questionnaires. Sleep change was recorded over time, and associations between insomnia and cognitive performance were calculated via linear mixed-effects modeling.

Declarative memory was observed using the Rey Auditory Verbal Learning Test (RAVLT), a 15-item word learning test that assessed both learning and retention. Using linear mixed-effects modeling, on the immediate recall trial (RAVLT I), the data showed a significance performance improvement over time (ß = 0.71; ±0.02; 95% CI, 0.68-0.74) but no significant group effect was found. Furthermore, there was no significant interaction between time and insomnia groups. Similarly, there was a significant positive effect of time (ß = 0.60; ±0.02; 95% CI, 0.57-0.64) on RAVLT II, but no significant insomnia group effect.

"Objective memory deficits were found only in men who developed probable insomnia disorder and could indicate a potential sex effect specific to the onset of insomnia in older adults rather than the worsening of sleep, however this relationship appears complex and any sex differences require further targeted investigation," the study investigators wrote. "Insomnia disorder may be a predictor of further cognitive decline and early signs of dementia, however more longitudinal evidence is required to confirm this."

When assessing associations between insomnia and subjective memory decline, results showed an increased odds of memory worsening by 27.3% (OR, 1.27; 95% CI, 1.17-1.39) for those who exhibited deteriorating insomnia status compared with those who showed signs of improvement in their status. Additionally, the odds increased by 28.7% (OR, 1.29; 95% CI, 1.19-1.39) for those in the "worsening symptoms” group compared with those who remained without symptoms.