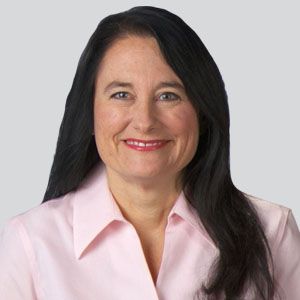 The phase 3 CIFFREO study (NCT04281485), which will evaluate the efficacy and safety of investigational gene therapy candidate PF-06939926 in boys with Duchenne muscular dystrophy (DMD), has just launched, according to an announcement from Pfizer, the agent’s manufacturer.

On December 29, 2020, the first patient was dosed in the double-blind, placebo-controlled study, which is expected to enroll 99 ambulatory male patients, ages 4 through 7, across 55 clinical trial sites in 15 countries. Researchers will use change from baseline in the North Star Ambulatory Assessment (NSAA) at 1 year as the primary end point of the study.

The initiation of our pivotal trial, which is the first phase 3 DMD gene therapy program to being enrolling eligible participants, is an important milestone for the community because there are currently no approved disease-modifying treatment options available for all genetic forms of DMD,” Brenda Cooperstone, MD, chief development officer, Rare Disease, Pfizer Global Product Development, said in a statement.1

Participants will be randomized into Cohort 1 or Cohort 2, with treatment consisting of 2 single intravenous infusions, 1 of PF-06939926 and 1 of placebo. Cohort 1 will receive the investigational gene therapy at the start of the study and placebo after 1 year, while the reverse will happen in Cohort 2, where the patients will start with placebo and then receive the gene therapy.

Those included in the study will be followed for 5 years after treatment. Pfizer noted that patients will receive commercially representative drug product manufactured at the company’s gene therapy manufacturing facility in Sanford, North Carolina.

PF-06939926 is an investigational recombinant adeno-associated virus serotype 9 (rAAV9) capsid carrying a shortened version of human dystrophin gene under the control of a human muscle-specific. The rAAV9 capside was chosen as the delivery vector because of its potential to target muscle tissue.

"We believe our gene therapy candidate, if successful in phase 3 and approved, has the potential to significantly improve the trajectory of DMD disease progression, and we are working with worldwide regulatory authorities to initiate this program as quickly as possible in other countries,” Cooperstone added.

In May 2017, the investigational agent received orphan drug and rare pediatric disease designations. Three years later, in October 2020, PF-06939926 received fast track designation from the FDA. The support of PF-06939926 in a phase 3 setting was based on results from a phase 1b clinical trial, which indicated that the gene therapy was well-tolerated during the infusion period, with encouraging efficacy and manageable safety events. The treatment provided durable and statistically significant improvements across multiple efficacy-related end points measured at 12 months post-infusion, including sustained levels of mini-dystrophin expression and improvements on the NSAA rating scale.2

The patients in the phase 1b study, showed a significant functional improvement from baseline NSAA scores after 1 year, compared with the scores in an independent, external control group derived from prior clinical trials involving boys with DMD, who were matched specifically by age, weight and function (median loss of 4 points in NSAA total score for external placebo group [n = 61] vs. improvement of 3.5 points in the phase 1b patients [n = 6]; P = .003).

The safety analysis showed that the most common adverse events (AEs) related to the gene therapy, occurring in >40% of patients, were vomiting, nausea, decreased appetite, and pyrexia. Notably, there was no evidence of clinically relevant anti-dystrophin responses or hepatic dysfunction with the protocol-defined daily glucocorticoid regimen.

There were 3 serious adverse events (SAEs) recorded, 2 of which reflected likely complement activation. The first SAE involved persistent vomiting resulting in dehydration, which required admission for IV anti-emetics and fluids. The second SAE involved acute kidney injury with atypical hemolytic uremic syndrome (aHUS)-like compliment activation, which required hemodialysis and treatment with eculizumab. The final and most recent SAE involved thrombocytopenia with aHUS-like complement activation which required platelet transfusion and treatment with eculizumab. All 3 of these SAEs were fully resolved and at their last clinic visits, all patients reported doing well.