The treatment, previously known as NNZ-2566, is supported by data from the LAVENDER study. With no plans to hold an advisory meeting, the agency set a PDUFA date of March 12, 2023, for the Acadia Pharmaceuticals product. 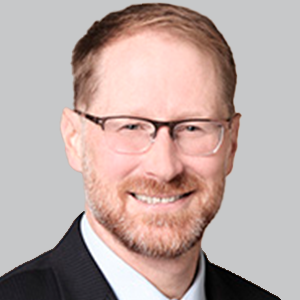 The FDA has accepted a new drug application (NDA) for trofinetide (formerly known as NNZ-2566), an investigational treatment for Rett syndrome from Acadia Pharmaceuticals, setting a Prescription Drug User Fee Act action date of March 12, 2023, for the review of the application. Additionally, the announcement from Acadia noted that the agency did not request an advisory committee meeting for the therapy.1

Trofinetide was previously granted fast track status, as well as orphan drug designation, in 2015 for treatment of Rett syndrome. In 2020, the treatment was granted rare pediatric disease designation.

The NDA will be supported by data from the phase 3 LAVENDER study (NCT04181723), which assessed the synthetic analog of the amino‐terminal tripeptide of IGF-1 in 187 girls and women with Rett syndrome. The findings revealed that trofinetide met its coprimary efficacy end points in demonstrating statistically significant improvement in the Rett Syndrome Behaviour Questionnaire (RSBQ) and the Clinical Global Impression of Improvement (CGI-I), when compared with placebo.2 Those findings were announced in December 2021.

“We’re pleased that the FDA has accepted our NDA filing and we will be working closely with them to facilitate completion of the review in a timely manner,” Steve Davis, CEO, Acadia Pharmaceuticals, said in a statement.1 “If approved, trofinetide will be the first drug available for the treatment of Rett syndrome, a rare and devastating condition for patients and their families. This milestone reinforces Acadia’s ongoing commitment to advancing research into high unmet needs in disorders affecting the central nervous system.”

As for the key secondary end point, trofinetide demonstrated statistically significant improvement in the Communication and Symbolic Behavior Scales Developmental Profile Infant-Toddler Checklist–Social composite score compared with placebo from baseline to week 12. Those receiving trofinetide had a mean change of –0.1, compared those receiving placebo, who had a mean change of –1.1 (P = .0064; effect size = 0.43).2

“Rett is a complex disease that can present with a diverse array of symptoms. In clinical trials, trofinetide demonstrated a significant improvement in a range of Rett syndrome symptoms,” study investigator Jeffrey L. Neul, MD, PhD, Annette Schaffer Eskind Chair and director, Vanderbilt Kennedy Center; professor of pediatrics, Vanderbilt University Medical Center, said in a statement.1 “We look forward to the FDA’s review of this submission and the prospect of having access to the first approved treatment for Rett syndrome.”

Currently, trofinetide is also being assessed in another phase 2/3 trial, DAFFODIL (NCT04988867), which is set to evaluate its treatment of Rett syndrome in 15 girls aged 2 to 5 years, with primary outcomes of safety and tolerability, as well as measures of whole blood concentration, terminal half-life, and peak drug concentration.

After the phase 2 data on trofinetide were published in 2019, study author Daniel Glaze, MD, pediatric neurologist, Baylor College of Medicine; and director, Blue Bird Circle Rett Center, Texas Children’s Hospital, told NeurologyLive® that the therapy’s mechanism of action makes it “a very promising drug for the treatment of the core features of Rett syndrome,” noting that its “properties to reduce neuroinflammation and support synaptic function [are] both critical to normal brain development and response to injury, therefore very likely to improve brain functioning in Rett syndrome.”

Those who participated in the study also had the option to receive trofinetide in planned extension studies, with 95% of participants electing to continue in the LILAC open-label extension study (NCT04279314).