FDA Accepts NDA for FT218 in Treatment of Narcolepsy Symptoms

Avadel’s investigational therapy for excessive daytime sleepiness and cataplexy in narcolepsy has an action date set for October 15, 2021. 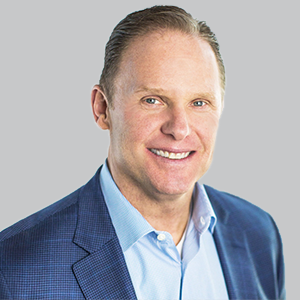 The FDA has accepted a new drug application (NDA) from Avadel Pharmaceuticals for its investigational agent, FT218, in the treatment of excessive daytime sleepiness and cataplexy in adults with narcolepsy, the company announced.1

The application for FT218, a once-nightly sodium oxybate formulation, has been given a Prescription Drug Use Fee Act (PDUFA) action date of October 15, 2021. The NDA is supported by the data from the phase 3 REST-ON study (NCT02720744)—conducted under a special protocol assessment agreement with the FDA—which met all 3 of its co-primary end points of change on Maintenance of Wakefulness Test (MWT) scores, Clinical Global Impression-Improvement (CGI-I) scores, and mean weekly cataplexy attacks.2

Avadel noted in its release that it expects to present data from the study for the 3 end points, as well as a number of secondary end points and post-hoc analyses, at upcoming conferences in the first half of 2021.

“The FDA’s acceptance of our NDA for once-nightly FT218 and assignment of a PDUFA target action date of October 15 represents another important milestone on the path towards receiving approval. We are confident in our regulatory filing strategy and we look forward to working with the agency in our pursuit of bringing this important treatment to patients,” said Greg Divis, chief executive officer, Avadel, said in a statement.1 “If approved, FT218 will be the first and only once-nightly oxybate medication, a significant advancement to the twice-nightly regimen that has been required for nearly 20 years.”

REST-ON study data were announced in May 2020 and showed that all 3 doses of FT218 assessed (9 g, 7.5 g, and 6 g) demonstrated highly significant, clinically meaningful improvements on MWT and CGI-I scores, as well as the average number of weekly cataplexy attacks.2

The commonly occurring adverse events (AEs) were nausea, vomiting, decreased appetite, dizziness, somnolence, tremor, and enuresis, occurring in 1.3%, 5.2%, 2.6%, 3.9%, 1.3%, and 9% of patients on treatment, respectively. Discontinuation occurred in 3.9% of patients on the 9-g dose.

“It’s important to remember that FT218 was granted Orphan Drug Designation by the FDA based on the plausible hypothesis that it may be clinically superior to the twice-nightly formulation of sodium oxybate already approved by the agency for the same indication. If the FDA approves FT218 and grants Orphan Drug Exclusivity, then we would be awarded a 7-year period of market exclusivity in the US,” Divis said in his statement.1