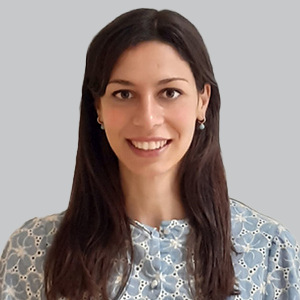 Investigators, led by Valentina Camera, MD, honorary researcher, Nuffield Department of Clinical Neurosciences, University of Oxford, United Kingdom, included a total of 4040 patients with either MOGAD (n = 182) or AQP4-NMOSD (n = 222) in the retrospective cohort study, which analyzed clinical and MRI patient data collected between February 1, 1994, and April 1, 2021. Attack MRIs were performed during the acute clinical event, whereas remission MRIs were performed outside of a relapse and at least 3 months from the date of the last attack.

“In this retrospective analysis of a large clinical cohort, new silent T2 lesions were found to occur during attacks in both MOGAD and AQP4-NMOSD, but they were more common in MOGAD,” Camera et al wrote. “However, and in contrast to MS, they were rare in the interval between attacks in both MOGAD and AQP4-NMOSD. This finding is particularly meaningful in the MOGAD cohort, in which approximately half of the patients were not treated at scanning.”

Investigators noted the primary limitation was the study’s retrospective design and the analysis of remission MRIs that had been performed with different scanners with varying magnetic field intensity and intervals. The irregularly of scanning for optic nerve silent lesions may have also caused investigators to miss them. Various intervals between remissions MRIs could have also played a role in new remission lesion accumulation, as the study was not prospective. An underestimation of new lesions in MOGAD could have been present because of the shorter median interval for MOGAD remission MRIs and their greater likelihood to resolve when compared with AQP4-NMOSD. Although, more patients with AQP4-NMOSD were treated, meaning the opposite effect could also have occurred.

Clinical and demographic information was collected from the Oxford NMOSD database on patients with clinically and serologically diagnosed MOGAD or AQP4-NMOSD. Participants had a median age at NMOSD onset of 28 years (range, 2-72), with a median follow-up period of 52 months (range, 11-253). Median age at AQP4-NMOSD onset was 43 years (range, 2-82), with a median follow-up of 87.5 months (range, 11-260). Data were not conducted on race and ethnicity.

“Given the rarity of new remission silent lesions, the long-term regular monitoring of the lesion load by brain and spinal cord MRI may be not useful either in clinical practice or as a surrogate biomarker of disease activity in clinical trials for MOGAD and AQP4-NMOSD,” Camera et al wrote. “Nevertheless, in MOGAD compared with MS, consecutive follow-up scans looking for new silent lesions may be a useful diagnostic tool to distinguish MS from MOGAD in patients with low MOG antibody titres, particularly within the first year after disease onset.”