No Drug-Drug Interaction Between Epidiolex and Stiripentol in Epilepsy

The GW Pharmaceuticals cannabidiol formulation, marketed as Epidiolex, did not show any evidence of clinically relevant drug-drug interactions when co-administered in patients with epilepsy. 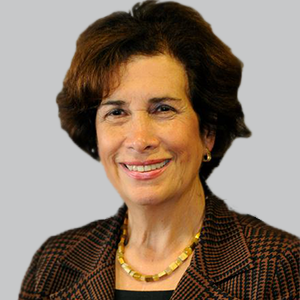 Data from a randomized, double-blind, placebo-controlled phase 2 trial of cannabidiol (CBD; Epidiolex, GW Pharmaceuticals) in adult patients with epilepsy suggests that there are no likely clinically relevant drug-drug interactions between the treatment and stiripentol (Diacomit, Biocodex).1

The results showed the maximum plasma concentration (Cmax) at the beginning of treatment was similar to that observed after dosing with CBD, with Day 1 Cmax being approximately 4500 ng/mL compared to a Day 26 Cmax of approximately 4900 ng/mL. Time to Cmax was slightly longer with CBD (~4 hours) than without (~1.5 hours). The data were presented at the 33rd International Epilepsy Congress, June 22 to 26, 2019 in Bangkok, Thailand,

“Following coadministration of stiripentol and GW Pharmaceuticals’ formulation of highly purified cannabidiol, there was a small increase in systemic exposure to [stiripentol],” the investigators, led by Elinor Ben-Menachem, MD, PhD, professor, neurology, University of Gothenburg, wrote. Importantly, they noted that “this trial was conducted with GW Pharmaceuticals’ formulation of CBD and results cannot be extrapolated to other CBD-containing products.”

Ben-Meachem and colleagues reported the geometric mean and individual patient values of stiripentol doses-normalized pharmacokinetic parameters, with a Cmax&shy; treatment ratio of 1.171 (90% CI, 1.028 to 1.333). Area under the plasma concentration-time curve over a dosing interval (AUCtau) with and without CBD measurements showed a treatment ratio of 1.298 (90% CI, 1.086 to 1.552).

All told, 12 patients received 10 days of titration followed by 20 mg/kg/day of CBD, given in 2 equal doses for 14 days, and 2 controls received placebo with pharmacokinetic parameters assessed on the first day of titration and at Day 26 after a 2-week maintenance period.

All 14 patients were on a stable dose of stiripentol from the time of titration to Day 26. Only 9 patients had data for both Day 1 and Day 26. Overall, 93% (n = 13) of patients were taking an antiepileptic drug in addition to stiripentol at baseline.

With regard to safety, adverse events (AEs) were reported by 67% (n = 8) of patients who were administered CBD and none receiving placebo, though the majority were deemed mild. The most common AE was diarrhea, occurring in 42% (n = 5) of patients taking CBD. There were 2 moderate AEs reported—an increase in ALT and AST&mdash;in 2 patients, though the ALT values for only 1 met the predefined toxicity criteria of ≥2.6x the upper limit of normal but did not exceed the 3x upper limit of normal.

A single severe and serious AE was reported in another patient, a rash, leading to their withdrawal from the trial. It was generalized without mucosal involvement and ultimately resolved after both treatments were discontinued.

Ben-Meacham and colleagues noted that both the CBD steady-state plasma concentrations and pharmacokinetic parameters, as well as the safety data, were consistent with what has been observed in previous trials.

“Many patients with [Dravet syndrome] are treated with multiple antiepileptic drugs, including stiripentol,” they wrote. “A prior phase 1 clinical trial in healthy volunteers showed a 55% increase in exposure to stiripentol, following concomitant CBD treatment, which is unlikely to be clinically relevant.”

Stiripentol, an inhibitor of cytochrome P450 isoenzymes, often has drug-drug interactions with anticonvulsant therapies. It is approved as an add-on therapy for patients taking clobazam (Onfi, Lundbeck), while CBD is approved as a treatment for Lennox-Gastaut and Dravet syndromes.