The Expanded Access Program will offer treatment for patients with ALS who have completed the phase 3 clinical trial and will not interfere with data or regulatory timelines. 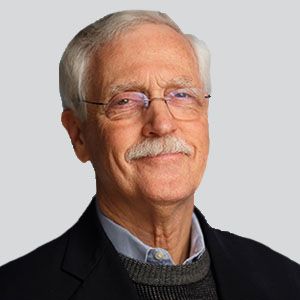 Patients with amyotrophic lateral sclerosis (ALS) who completed the recently conducted phase 3 clinical trial of NurOwn (MSC-NTF cells) and met specific eligibility requirements can be admitted to the newly initiated Expanded Access Program (EAP), according to a statement from BrainStorm Cell Therapeutics.1

The company’s development of the EAP was in partnership with the FDA and will give patients less severely affected by ALS, as measured by the Revised ALS Functional Rating Scale (ALSFRS-R), highest priority to receive the treatment.

"This expanded access program is an appropriate and welcome next step in following up the exciting results of the phase 3 study; it is widely anticipated and deeply appreciated by our ALS patients,” Robert Brown, MD, DPhil, Leo P. and Teresa M. LaChance Chair in Medical Research, and chair, department of neurology, University of Massachusetts Medical School and UMass Memorial Medical Center, and a principal investigator in the NurOwn phase 3 study, said in a statement.

The investigational therapy will be manufactured by the Dana Farber Cancer Institute and will be assisted on-site by BrainStorm personnel. Furthermore, the EAP treatment of patients with ALS who completed the phase 3 clinical trial will not impact data or regulatory timelines.

In November 2020, BrainStorm announced the topline results from the NurOwn phase 3 study, which showed that the treatment was well-tolerated in a patient population of rapidly progressing patients with ALS. Despite showing a numerical improvement in the treated group compared to placebo across the primary and secondary efficacy end points, the trial did not reach statistically significant results.2

Investigators used a responder analysis evaluating the proportion of patients who experienced a 1.25 points per month improvement in the post-treatment ALSFRS-R slope as the primary end point of the study. Using historical clinical trial data and the NurOwn phase 2 data, investigators estimated treatment response rates of 35% on NurOwn and 15% for placebo.

At the end of the study period, 34.7% of NurOwn patients met the primary end point compared to 27.7% for placebo. Therefore, the trial met the expected 35% for the NurOwn treatment group but exceeded the placebo responses observed in contemporary ALS trials.

However, the treatment demonstrated clinically meaningful treatment response across the primary and key secondary end points and remained consistent with pre-trial, data-driven assumptions in a pre-specified subgroup with early disease based on ALSFRS-R baseline score.

Phase 2 findings that included 48 participants randomized 3:1 to NurOwn and placebo also suggested that the treatment is safe. The autologous bone marrow-derived mesenchymal stem cells (MSCs), which are induced to secrete neurotrophic factors (NFTs) and delivered intrathecally during transplantation also displayed early, but promising signs of efficacy.3

Merit Cudkowicz, MD, MSc, director, Healey & AMG Center for ALS, chief of the department of neurology, Massachusetts General Hospital, and investigator of the phase 3 NurOwn trial recently spoke with NeurologyLive to discuss the recent findings in rapidly progressing patients. Click the link below to watch her interview.