In a subanalysis of individuals with acute ischemic stroke with tandem lesions, treatment with the Penumbra system resulted in successful revascularization in almost 90% of patients. 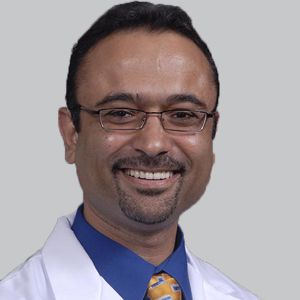 Presented at the 2022 World Federation of Interventional and Therapeutic Neuroradiology, new data from the INSIGHT Registry showed that the use of Penumbra’s RED reperfusion catheters were successful in removing all clot types in patients with acute ischemic stroke. Additionally, findings from a subanalysis of the COMPLETE study (NCT03464565) revealed effectiveness of the Penumbra System to treat tandem lesions in these patients, as well as those considered to be in the later window of treatment.1

"The initial data from our INSIGHT Registry is very promising. With such a high first pass rate, Penumbra’s RED catheters can restore blood flow much quicker, which we know can lead to improved outcomes for patients," Sandra Lesenfants, president of Interventional, Penumbra, said in a statement.1 "Penumbra’s focus has always been to help as many people as we can, and this data demonstrates that our latest technology is indeed making a positive impact."

COMPLETE was a global, prospective, multicenter, single-arm, postmarketing registry led by Osama O. Zaidat, MD, vascular neurologist, Mercy Health, that evaluated the performance of the Penumbra system in a cohort of 650 patients with LVO-acute ischemic stroke. Patients were grouped into 3 cohorts: cohort A (anterior LVO with Alberta Stroke Program Early CT Scores [ASPECTS] ≥6), cohort B (anterior LVO with ASPECT <6), and cohort C (posterior LVO). Cohort A was used as the main sample to conduct all end point measures, whereas exploratory analyses were done in cohorts B and C.

The core lab findings presented at the conference showed that 89% of patients with anterior circulation tandem lesions with stenosis greater than 50% who were treated with the Penumbra system achieved mTICI scores between 2b and 3. Additionally, good functional outcome, defined as modified Rankin Scale (mRS) scores between 0 and 2, was achieved in nearly 64% of treated patients. For those treated in the late window, 83.2% of cases achieved successful revascularization, with a 90-day good functional outcome rate of 55.4%.

"Mechanical aspiration thrombectomy is becoming an increasingly important option for physicians treating acute ischemic stroke, especially patients with more complicated cases,” Zaidat said in a statement.1 "Oftentimes, patients that presented late or have tandem lesions (15% of MT cases) are difficult to treat. However, the data showed the Penumbra System delivered good functional outcomes and low 90-day mortality rates for these patients, which compared favorably to other options."

Original results for COMPLETE, published in September 2021, showed that successful revascularization, indicated by mTICI scores of 2b to 3, were achieved in 56.8% of cases post–first-pass, 76.4% post-Penumbra system, and 87.8% postprocedure. At 90 days, the all-cause mortality was 15.5% (95% CI, 12.8-18.3) within 24 hours of the procedure, device-related serious adverse events (SAEs) were reported in 0.6% of cases, while 5.8% experienced procedure-related SAEs and 9.1% experienced neurological deterioration. Additionally, throughout that time period, 3.8% of patients experienced symptomatic intracerebral hemorrhage (sICH) and 36.5% experienced any time of sICH.2