The pediatric neurologist and epilepsy specialist at Children’s Hospital Colorado spoke about patient interest in cannabidiol after the FDA approval of Epidiolex, and what remains to be done to perfect its use in epilepsy. 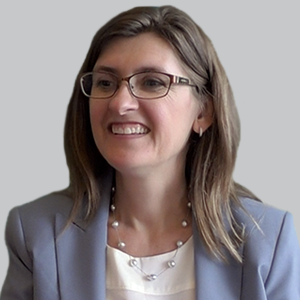 As much as the clinical trial findings in Lennox-Gastaut syndrome and Dravet syndrome improved the understanding of cannabidiol (CBD), it's still unclear why certain subgroups of patients respond to CBD and others do not. Complicating this process is increased media coverage of the molecule which is generating a lot of patient interest.

At the 2019 International Epilepsy Congress, June 22-26, in Bangkok, Thailand, Kelly Knupp, MD, pediatric neurologist and epilepsy specialist, Children’s Hospital Colorado, sat with NeurologyLive to discuss CBD’s role in epilepsy treatment. While Knupp doesn’t believe it is poised to become the most highly prescribed epilepsy therapy, she noted that more research into subgroup populations and their success with CBD is going to be key to further adoption of the new treatment.

NeurologyLive: Do many of your patients ask about CBD for epilepsy?

Kelly Knupp, MD: It's really very much a mix. There has been so much media about CBD. For families who are living with epilepsy, their cousins, aunts and uncles, and the friends down the street—everybody is talking to them about it. They say, ‘I saw this in the media,’ and ‘have you tried it?’. So, families do ask about it a lot.

I find that most of our families really want data, and initially, before the randomized trials when we didn't have data, they were concerned about it because we didn't know adverse effects. They're trying to make the best choice for their children, and they want data just as much as we do. They want to know if it will work, if it's safe, and if it will have long-term impacts on their child's ability to grow and develop and be a normal adult.

We do have a little bit more data now with the completion of the Dravet and Lennox-Gastaut studies, but I think for a lot of families whose children are already responding to a standard anticonvulsant—they're not interested because they already have something that's working. There's always a small percentage that is curious about everything that comes along.

What still needs to be done to improve treatment with CBD?

There's still more work to be done on both fronts. I think that we need to continue to work on understanding the cannabinoid system. It has some of the most abundant receptors that we have in our brain and so that may give us another mechanism for treating epilepsy. For the CBD itself, we need to figure out the long-term adverse effects, and what those subpopulations are who respond to it better.

With all of our treatments, we're trying as best we can to move into precision medicine, so when somebody presents with epilepsy, we make a diagnosis of an etiology and then try to select the medication that is best targeted to that particular patient's etiology. That's something that we'll probably need to figure out with cannabidiol—are there particular etiologies that respond better than others?

What is your overall opinion on CBD as a treatment for epilepsy?

First of all, I think we need to be clear about what the data show. There was a reduction in seizures, but we don't really see patients becoming seizure-free, so while we're seeing some response, it's not the perfect medication, where we'd be seeing seizure freedom. Granted, the populations that have been studied are populations in which it's unlikely that they'll be seizure-free. Having said that, fenfluramine was studied in Dravet syndrome and they do have a small percentage of patients who are seizure-free. So, I'm not sure CBD falls to the top of the list as the most effective medication.

What are some of the outstanding questions regarding the role of cannabinoids in epilepsy care?

I think we still don't understand why some people are responding and why others aren't, and so I think it may be worthwhile to look at that and try to figure that out. Particularly in the Lennox-Gastaut syndrome population. There are a variety of etiologies that fall under Lennox-Gastaut, and it would be really helpful if we could figure out what those subpopulations are and figure out who to target.

I don't think we yet know the long-term consequences of CBD, and so that's something that needs to be figured out before we talk about using it in more mild populations. But, I suspect we probably will see that trend moving into those patient populations. Unfortunately, the way things get approved, we do these big studies so we can get approval, and then we don’t really spend a lot of time studying these subpopulations. I think a lot of that is going to be figured out anecdotally, and not with research—which is unfortunate. I think we need to spend more time researching many of our treatments, even though they're already on the market.