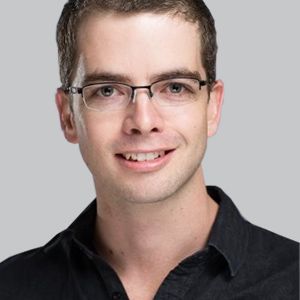 There is much to be said about infectious agents in Alzheimer disease (AD) — a theory gaining traction as anti-amyloid therapeutic targets continue to demonstrate disappointing results in clinical trials.

That doesn’t, however, make the potential role of pathogens in AD any less controversial. While “there are no doubts that an inappropriate immune response in the brain may be engaged in the neurodestructive process,” according to a review1 on the topic by Marta Sochocka, PhD, of the Hirszfeld Institute of Immunology and Experimental Therapy at the Polish Academy of Science, and colleagues, the role of microbes and their place in causation of or association with AD remains unclear.

One of the primary research focuses is on the role of the herpesvirus in AD. The common virus, which can lie dormant in the body and brain for years, can be spontaneously reactivated, resulting in rapid reproduction and in turn killing host cells. Research has shown that herpes simplex virus 1 (HSV1) increases amyloid production, and HSV1 plus APOE4 confers a greater risk for AD.

A poster presented here by Analia Luiza Porto Viana, MD, and colleagues,2 included a review of the literature, in which the investigators found that 21 of 24 studies demonstrated an association between HSV1 and AD, with HSV1 being significantly more frequent in patients with AD versus controls. Two of the studies included in the review showed a more than doubled risk for AD in people with HSV1, and 4 studies showed a much greater risk for developing AD in patients who tested positive for HSV1 in the brain and who were also carriers of APOE4.

That relationship was confirmed by Ruth Itzhaki, MSc, PhD, MA, whose lab at the University of Manchester focuses on studying the role of HSV1 in AD.

“HSV1 DNA is entrapped in these amyloid plaques; in elderly normal people, far fewer plaques contain viral DNA,” Itzhaki noted. “Antivirals protect against HSV1 damage, but the question is whether they would do so in the brain.”

“HSV1 is a major factor — not the cause, but probably a cause of Alzheimer disease,” she concluded.

There are several early-phase clinical trials exploring antiviral therapy in AD, including a phase 2, proof of concept, placebo-controlled study evaluating the generic antiviral drug valacyclovir in patients with mild AD with HSV1 or HSV2 seropositivity.3 The researchers believe that patients treated with the antiviral drug will show a smaller decline in cognition and functioning, demonstrate less amyloid accumulation on PET imaging, and show smaller increases in tau binding versus placebo.

What hasn’t been confirmed is the specific role that pathogens like HSV1 might play in the cascade of biological processes that lead to AD. Ben Readhead, MBBS, of Arizona State University presented 3 possible roles: causal, accelerant, or opportunist.

Readhead, who works closely with large datasets to better understand the role of microbes in the brain, discussed how his analysis of the large Mount Sinai Brain Bank led he and his colleagues to find signatures for very common pathogens, like human HSV, in 2 of 4 brain regions.

“None of this really gets to the question of causality. A very real alternative is that maybe these are just opportunistic pathogens that have space to spring up in a brain that’s affected by AD, or maybe these pathogens don’t necessarily cause disease, but in the presence of disease, maybe they are capable of making things worse or accelerating disease,” he posited.

“This is probably too simple-minded a way to pull this a part, and I expect the final answer to be much more complex than one single, simple answer that’s applicable to all patients. I think different patient populations are likely to be differently susceptible to different challenges based on different environmental and genetic factors.”