The data also indicated that ticagrelor plus aspirin treatment prevents disabling stroke in the subgroups of patients presenting with minor and with moderate stroke. 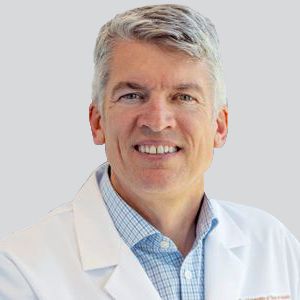 An exploratory analysis of the THALES clinical trial (NCT03354429) showed that patients with moderate ischemic stroke consistently benefitted from a dual antiplatelet therapy, or DAPT, of ticagrelor (Brilinta; AstraZeneca) plus aspirin compared to patients with less severe ischemic stroke, with no increased safety concerns.1

Ticagrelor previously received FDA approval in November 2020 to reduce the risk of stroke in patients with acute ischemic stroke (AIS) or high-risk transient ischemic attack (TIA).2 The THALES trial was the basis for the approval, in which approximately 30% of the patient population had National Institutes of Health Stroke Scale (NIHSS) scores between 4 to 5.

In this analysis, senior author Clay Johnston, MD, PhD, dean, Dell Medical School, University of Texas at Austin, and colleagues, evaluated 3312 patients with moderate stroke (baseline NIHSS score of 4 to 5), and 6671 patients with less severe stroke (NIHSS score of 0 to 3). Ticagrelor 180-mg loading dose on day 1 followed by 90 mg twice daily on days 2 to 30 or placebo were given 24 hours after symptom onset while all patients received aspirin, 300 mg to 325 mg, on day 1 followed by aspirin, 75 mg to 100 mg, daily on days 2 to 30.

"Although the risk of disability is higher overall in patients with stroke with a baseline NIHSS score of 4 to 5 owning to greater severity of the index event, DAPT with ticagrelor and aspirin reduced the number of patients with subsequent disabling stroke,” Johnston et al wrote.

Previously reported data from THALES showed that patients with a mild-to-moderate AIS or TIA who were not undergoing intravenous or endovascular thrombosis saw a reduction in the rate of the primary composite end point of stroke and death by 17% (HR, 0.83 [95% CI, 0.71-0.96]; P = .02) compared to aspirin alone.2

Naeem Khan, MD, vice president of AstraZeneca’s Cardiovascular and Metabolic Diseases Portfolio, sat down with NeurologyLive following the first data readout in July 2020. In the video below, he discussed the trial in further detail and provided an overview on why ticagrelor has a unique path among other stroke treatments.

2. Brilinta approved in the US to reduce the risk of stroke in patients with an acute ischemic stroke or high-risk transient ischemic attack. News release. AstraZeneca. November 6, 2020. Accessed July 20, 2020. https://www.astrazeneca-us.com/content/az-us/media/press-releases/2020/brilinta-approved-in-the-us-to-reduce-the-risk-of-stroke-in-patients-with-an-acute-ischemic-stroke-or-high-risk-transient-ischemic-attack-11062020.html