The FDA has set the Prescription Drug User Fee Act action date for Q4 2020 for the AstraZeneca agent. 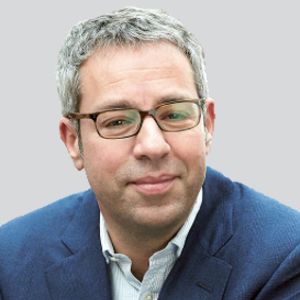 AstraZeneca has announced that the FDA has accepted a supplemental new drug application (sNDA), and granted a priority review designation, for ticagrelor (Brilinta) for the reduction of subsequent stroke in patients who experienced an acute ischemic stroke (AIS) or transient ischemic attack (TIA).1 The Prescription Drug User Fee Act (PDUFA) date for this supplemental application is scheduled for the fourth quarter of 2020.

The basis of the decision comes from results of the phase 3 THALES trial (NCT03354429), in which the treatment met its primary end point, reducing the risk of composite of stroke and death after an AIS or TIA. The results of the study were in line with the known safety profile of ticagrelor.2

“Today’s priority review reflects Brilinta’s potential as a much-needed treatment option to reduce the rate of subsequent stroke for these patients and we look forward to working with the FDA to make Brilinta available as soon as possible,” Mene Pangalos, executive vice president, BioPharmaceuticals R&D, AstraZeneca, said in a statement.

THALES was a double-blind, placebo-controlled, randomized clinical trial that examined ticagrelor paired with aspirin in 11,000 patients who had minor AIS or TIA in the 24 hours prior to treatment initiation. Patients received 180 mg of ticagrelor on Day 1, followed by 90-mg doses twice daily, or matching placebo, on Days 2 through 30. At treatment initiation, patients received 300 mg to 325 mg of aspirin, followed by a 75- to 1000-mg dose once daily between Days 2 through 30.

Ticagrelor was first approved by the FDA as a blood-thinning agent in 2011 and again in September 2015 as an oral 60-mg tablet for an expanded indication for the reduction of cardiovascular risk in patients with a history of cardiovascular disease. As a direct-acting P2Y12 receptor agonist, ticagrelor functions by inhibiting platelet aggregation in patients with ACS or ST elevation.3

The treatment was then approved by the FDA in 60-mg and 90-mg doses for lowering the risk of heart attack, or death from heart attack or stroke in patients with acute coronary syndrome (ACS) in September 2018 but has not been indicated in patients with minor AIS or high-risk TIA. The results from the phase 3 PEGASUS-TIMI 54 trial, announced in August 2017, were the basis behind the decision, after twice-daily 60-mg treatment was showed to reduce the risk of cardiovascular death in patients by 29% (P = .0041) versus placebo.

In June, the treatment was once again FDA approved for the reduction of risk for first heart attack or stroke in patients with coronary artery disease (CAD). It became the first regulatory approval for aspirin plus ticagrelor dual antiplatelet therapy in those who are high risk but have no history of heart attack or stroke.

AstraZeneca noted that additional data from the THALES trial will be published in a peer-reviewed journal and presented at an upcoming medical congress.

3. BRILINTA Approved in the US to Reduce the Risk of a First Heart Attack or Stroke in High-Risk Patients with Coronary Artery Disease. News release. AstraZenica. June 1, 2020. Accessed July 9, 2020. https://www.businesswire.com/news/home/20200601005200/en/BRILINTA-Approved-Reduce-Risk-Heart-Attack-Stroke