Percentage of daily energy from ultraprocessed food was associated with cognitive decline in participants younger than 60 years, suggesting the importance of preventive interventions in middle-aged adults. 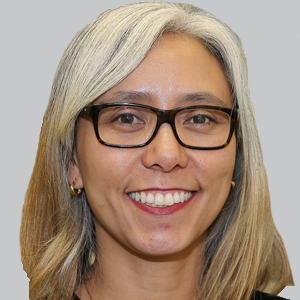 Findings from the Brazilian Longitudinal Study of Adult Health showed that consumption of ultraprocessed foods (UPF) greater than 19.9% of total daily calories was associated with a faster decline in global cognitive performance and executive function. Additionally, the percentage of daily energy from UPF was associated with cognitive decline in participants with a low healthy diet core, whereas no association was found for those with high healthy diet scores.1

The study investigators concluded that "Limiting UPF consumption, particularly in middle-aged adults, may be an efficient form to prevent cognitive decline. Future studies investigating the mechanism by which UPF may lead to cognitive decline are needed, as well as confirmation of our findings in other longitudinal studies and randomized clinical trials."

To better understand the association between UPF consumption at baseline and cognitive decline, the study excluded those who did not have dietary data, had extreme amounts of energy intake (<600 kcal/day or >6000 kcal/day), had missing data on cognitive tests or covariates, or reported taking medication that could negatively interfere with cognitive performance.

For the dietary assessment, patients were asked to complete the validated Food Frequency Questionnaire (FFQ) with 114 items. Foods were classified according to the extent of industrial processing using the Nova classification system. The study included 3groups: unprocessed or minimally processed foods and processed culinary ingredients (Nova groups 1 and 2), processed foods (Nova group 3) and UPFs (Nova group 4). Consumption of UPF was then expressed as a percentage of total daily energy consumption and grouped into quartiles (0%-19.9%; 20.0%-26.7%; 26.8%-34.1%; 34.2%-72.7%).

Investigators failed to find an association between UPF consumption and cognitive decline for those aged 60 years or older. Adhesion to a healthy diet was also a modifier of cognitive decline, as individuals with low healthy diet scores who consumed more than the lowest quartile of calories from UPF showed a faster global cognition decline than those who consumed less than 19.9% (ß = –0.005; 95% CI, –0.009 to –0.002; P = .004). Notably, there was no association between the percentage of daily energy from UPF and global cognition for those with high healthy diet scores.