Patients treated with NeuroPace’s Responsive Neurostimulation system within 20 years of epilepsy onset were observed to have significantly better outcomes related to several aspects of quality of life and mood compared to those treated later.
By: Matt Hoffman
Published: December 10, 2019 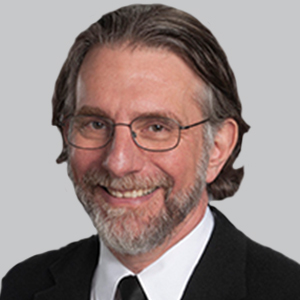 David W. Loring, PhD
New data from a poster presentation at the 73rd annual meeting of the American Epilepsy Society (AES), December 6-10, 2019, in Baltimore, Maryland, has revealed findings that suggest that patients with epilepsy who are treated with responsive neurostimulation earlier in their disease course are more likely to have improvements in mood and quality of life.1

The study, led by David W. Loring, PhD, professor of neurology and pediatrics, and director, neuropsychology, Emory University School of Medicine, included more than 140 patients. It compared those who were treated early—defined as within 20 years of epilepsy onset—with those who were treated late—defined as after 20 years from the onset—with NeuroPace’s Responsive Neurostimulation (RNS) system. The system was granted regulatory approval in 2013.

Patients were evaluated at 3-month pretreatment (baseline), at year 2 for mood—done with the Beck Depression Inventory-II (BDI)—and year 8 for quality of life—assessed using the Quality of Life in Epilepsy Inventory (QOLIE-89) overall score and the derived epilepsy-targeted, cognitive, mental, and physical subscales.

“In contrast, patients in the late-treatment group had no significant improvements in mood nor any aspect of quality of life, other than the epilepsy-targeted domain,” Loring and colleagues noted.

While on-site at  AES 2019, NeurologyLive was told by Aimee W. Smith, PhD, assistant professor of psychology, East Carolina University, who focuses much of her practice and research on improving patient adherence and quality of life, that quality of life can often fall to the wayside in epilepsy treatment as treatment plans must focus so sharply on seizure reduction.

Smith describes quality of life as “the patient’s perspective of how things are going generally in the context of their lives,” including their social experiences and challenges in daily activities.

“When we think about addressing epilepsy, we want to stop their seizures or reduce them as much as we can, and we want to make sure we do that with minimal or no side effects. But a lot of times, we forget about this third piece: quality of life,” she said.

Additional 1-year interim findings of a 5-year, post-approval study presented at AES 2019 suggest that the NeuroPace RNS system is safe and effective in treating medically intractable focal seizures. Those data thus far include 191 adult patients and show a greater reduction of seizures than the initial pivotal trial of the system at the same time point. The median seizure frequency reduction with the neurostimulation device was 68% (IQR, 16.1–96) at 1 year compared to 44% in the pivotal trial. Additionally, the responder rate was 61% (95% CI, 52.3­–69.0) at the end of the first year.2

Podcast: Not All Cannabidiol Is Created Equal

"Mind Moments," a podcast from NeurologyLive, brings you exclusive interviews with experts in neurologic disorders.
What to Expect at the 2019 American Epilepsy Society Annual Meeting

Patients who were treated with cannabidiol 25 mg or 50 mg experienced seizure reductions of 49% and 48%, respectively, nearly double that of the placebo group, which experienced reductions of 27%.
Diazepam Nasal Spray Demonstrates Good Safety, Tolerability Independent of Usage Frequency

The professor and chief of pediatric neurology, and director of the comprehensive epilepsy program and neuroscience institute at Le Bonheur Children’s Hospital offered insight into his experience with midazolam and its potential to play a vital role in treating seizure clusters.
Breastfeeding Rates Are Lower Among Women With Epilepsy

Despite evidence of the benefits and safety of breastfeeding in women with epilepsy, 2 studies suggest this population breastfeeds significantly less often than women without epilepsy, due to fears of drug exposure or recommendations against the practice.
American Epilepsy Society Honors Members for Outstanding Contributions

The American Epilepsy Society recognized several members from its clinical and research communities for their outstanding contributions to the field of epilepsy.
Elizabeth Thiele, MD, PhD: GWPCARE6 Trial of CBD in Tuberous Sclerosis Complex

The director of pediatric epilepsy and the Herscot Center for Tuberous Sclerosis Complex at Massachusetts General Hospital, and professor of neurology at Harvard Medical School discussed the findings of the GWPCARE6 trial of cannabidiol.
Sumeet Vadera, MD: Barriers to Getting Patients to Epilepsy Surgery

The director of epilepsy surgery and associate professor of neurosurgery at UC Irvine discussed the challenges he has encountered in getting patients with epilepsy to undergo beneficial procedures, often due to misinformation.
Seizure Freedom Persists With Intranasal Midazolam Regardless of Concomitant AEDs

Patients treated with intranasal midazolam who were on enzyme-inducing AEDs experienced numerically lower treatment-emergent adverse events.
Telemedicine Feasible For Large-Scale Use in Epilepsy

A single-center study of more than 3600 virtual visits displayed a high level of satisfaction from patients regarding their experience with telemedicine and their providers, suggesting the practice may be ready for large-scale use.
NeuroPace RNS System Shows Continued Success in Interim Post-Approval Results

Interim analysis of a 5-year, post-approval study of the NeuroPace Responsive Neurostimulation system support prior findings that the device is safe and effective in reducing medically intractable focal seizures in adults.
Sumeet Vadera, MD: The Consequences of Forgoing Epilepsy Surgery

The director of epilepsy surgery and associate professor of neurosurgery at UC Irvine spoke about the consequences of patients choosing to forgo beneficial surgery and the importance of communication between surgeon and epileptologist.
Perampanel Proves Positive in Real-World Use in Adolescents With Epilepsy

In a PROVE study subgroup of adolescent patients exposed to perampanel over a 2-year period, the Eisai product proved to be well-tolerated and efficacious, with good retention rates.
Cenobamate Safe, Effective Over Long-Term Treatment

The assistant professor of psychology at East Carolina University offered insight about the resources are available to physicians and providers and what techniques can be useful to help patients have a better quality of life in light of refractory and uncontrolled seizures.
CBD Improves Non-Seizure Outcomes in Dravet and Lennox-Gastaut Syndromes

Data suggests that treatment with cannabidiol is associated with other benefits besides a decrease in seizure frequency.
Ian Miller, MD: Exploring the Advantages of Intranasal Diazepam

The medical director of the Comprehensive Epilepsy Clinic at Nicklaus Children’s Hospital discussed the advantages of intranasal diazepam over traditional midazolam and rectal diazepam.
Infantile Spasm-Associated Hypsarrhythmia May Play Role in Autism Risk

Study findings suggest that the presence of hypsarrhythmia—abnormal, chaotic brainwave patterns—may play a role in the risk of autism spectrum disorder in patients with a history of infantile spasms.
Elizabeth Thiele, MD, PhD: CBD Shows Low-Dose Efficacy and Safety in TSC

The director of pediatric epilepsy and the Herscot Center for Tuberous Sclerosis Complex at Massachusetts General Hospital, and professor of neurology at Harvard Medical School spoke to the safety outcomes from GWPCARE6 and CBD’s low-dose efficacy.
Forgot password?