Dengue infection predominantly causes arthritis, fever, headache, and rash; hemorrhagic and neurologic manifestations may also result. What was the prognosis for this patient? 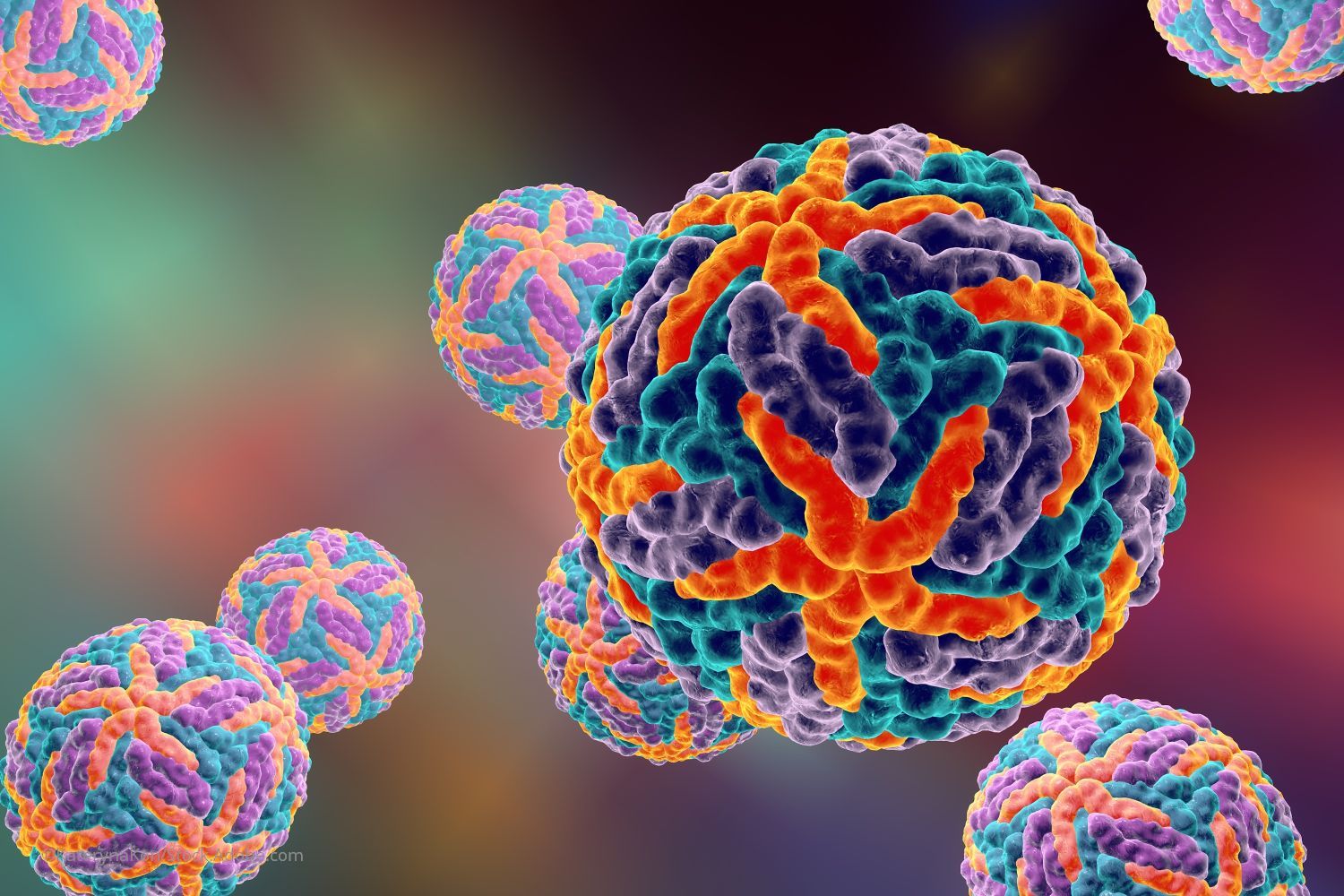 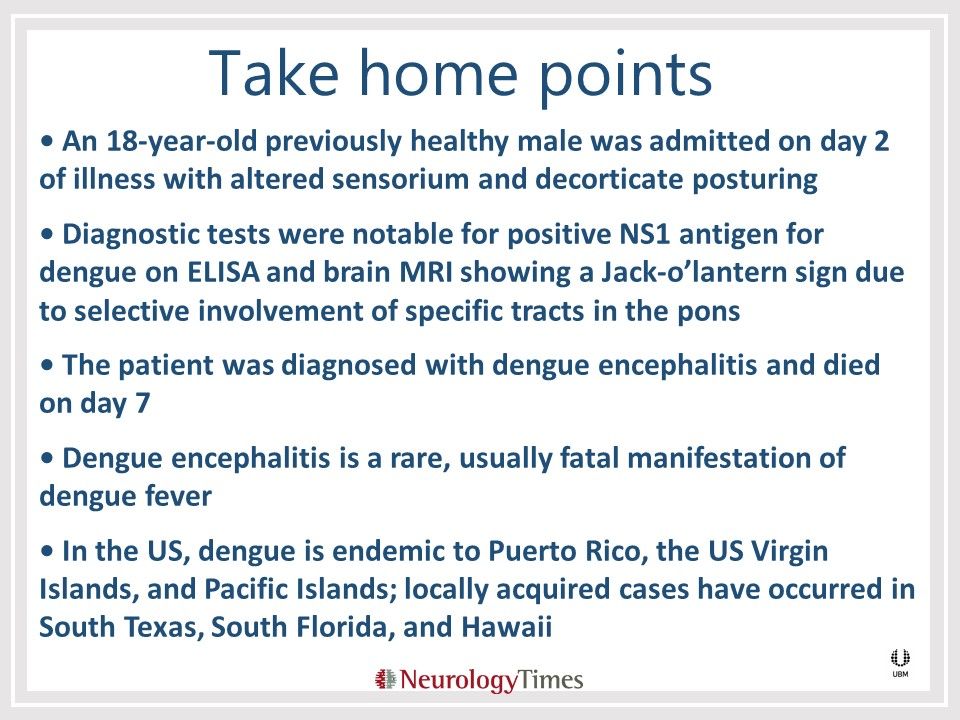 A previously healthy 18-year-old man was admitted to a hospital in India after two days of illness.  On day 1 prior to hospitalization, he developed a high-grade fever and experienced vomiting and a headache affecting his entire head. On day 2, he became drowsy and developed altered sensorium. At presentation to the hospital, he would not open his eyes to painful stimuli and showed decorticate posturing.

CBC showed a total leukocyte count of 9700/µL with 76% polymorphs and a platelet count of 34,000/µL. Other lab tests were normal.

ELISA was positive for nonstructural 1 (NS1) antigen for dengue. T2 and fluid-attenuated inversion recovery images on brain MRI showed symmetrical confluent hyperintensities in the thalami, brainstem, and perimesencephalic and perichiasmatic regions, with confluent white matter hyperintensities in bilateral supra and deep periventricular region.  Diffusion-weighted imaging and corresponding apparent diffusion coefficient maps showed a lesion in the pons that gave an appearance of a Jack-o’-lantern.

The patient was diagnosed with dengue encephalitis.

Dengue is a mosquito-borne infection that is a leading cause of death in the tropics and subtropics. In the US, dengue is endemic to Puerto Rico, the US Virgin Islands (St Croix, St John, St Thomas, Water Island) and the Pacific Islands (Guam, American Samoa). Dengue infections show a seasonal variation, with the highest incidence occurring in July through September.  The burden of disease is highest among 10- to 19-year-olds.

In the mainland US, dengue infections have been locally acquired in south Texas, south Florida, and Hawaii. Locally acquired cases are rare, and almost all cases in the US are acquired abroad and brought into the country by travelers.2[pp128-133]

Dengue infection predominantly causes arthritis, fever, headache, and rash; hemorrhagic and neurologic manifestations may also result. CNS complications occur in about 4% to 21.2% of cases. Dengue encephalitis may occur in 33% to 43% of cases with neurologic complications.1

CNS complications are diagnosed by assessing anti-DENV immunoglobulin (Ig)M as well as by detecting virus, viral RNA or non-structural protein 1 (NS1) in the CSF.3

Peripheral nervous system manifestations of dengue account for about 5% of neurological manifestation of dengue and include Guillain-BarrÃ© Syndrome, myositis, hypokalemic paralysis, neuritis, and ophthalmic complications.3

Management predominantly consists of supportive measures, including replacement of intravascular fluid and electrolytes.  For dengue encephalitis, other supportive measures may be needed, such as airway maintenance, antiepileptics for seizures, and procedures to decrease intracranial pressure.

Overall mortality from dengue is about 3% to 5%, but encephalitis with widespread involvement of the brain stem is usually fatal. Death usually results from increased vascular permeability, thrombocytopenia, and hemorrhagic manifestations.

While patients can recover, this patient died on day 7 of illness.

• In the US, dengue is endemic to Puerto Rico, the US Virgin Islands, and Pacific Islands; locally acquired cases have occurred in South Texas, South Florida, and Hawaii