Do We Finally Have a Useful “Sed Rate” for Multiple Sclerosis?

All agree that having a simple, standardized serum biomarker to measure disease activity would offer the greatest utility in treating a medical condition such as MS, which now has a variety of graded therapies available. 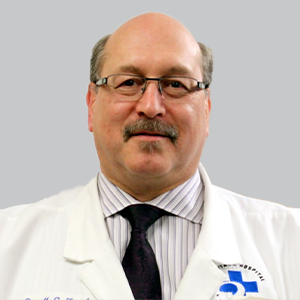 For the longest time, the only somewhat predictable marker for monitoring multiple sclerosis (MS) and offering something in the way of prognosis has been MRI. However, MRI typically looks only at the head and perhaps the cervical spine (missing the optic nerves and the rest of the spinal cord), has its greatest predictability in the early stages of MS and loses its predictability with length of disease, and cannot be used with any degree of accuracy to monitor response to therapy with disease-modifying treatments (DMTs).1 MRI is also fraught with differences in image acquisition from one machine to another, slice thickness, and even orientation in the scanner, making it problematic to compare one set of images to another in time, causing the “noise” or heterogeneity contributing to inaccuracy. The utility of MRI was validated in clinical trials where strict adherence to all the previously mentioned factors led to a significant reduction in this noise—a far cry from real life. Could a simple blood test be found that is measured in a standardized fashion to inform on prognosis and response to therapy similar to the erythrocyte sedimentation rate used for years by rheumatologists?

The call has been answered with the measurement of neurofilament light chain (NfL), which is found within neurons and axons and, when measured in the blood or spinal fluid, results from neuro-axonal injury. In that sense, it is nonspecific and any cause for neuro-axonal injury could lead to an increase in this measured marker. However, in a situation such as MS, uncomplicated with other nervous system comorbidity, it can reflect the amount of damage that is arising from that disease. It is first released into cerebrospinal fluid (CSF) but eventually leaches out into the periphery, where it can be measured in blood or serum, albeit at ~1/500 the CSF concentration. Although, in the serum, NfL can remain increased for several months.2 This is important, since a spot measurement does not necessarily reflect real-time damage but accumulated damage that may have occurred within a few months of the measurement, drawing a similarity with the hemoglobin A1c measurement used by endocrinologists to look at glycemic control in diabetics.

Many laboratories are now offering the specialized technology to measure NfL in the serum/blood using the SiMoA (single molecule assay) analytical method. These machines are now commercialized and standardized and able to measure NfL accurately in the serum well within the picogram range. Since the amount of NfL reflects neurological injury, it is not surprising that it has been studied in virtually all neurological conditions. such as the neurodegenerative diseases (eg, motor neuron disease, dementia, Parkinson disease), where levels can be confounded by the effects of age, which itself leads to serum increases, but typically not until age 60.3 That is why most of the research has been in MS, where patients are typically young and devoid of other conditions that might confound measurements.

We have shown that baseline measurement of serum NfL, when a patient presents with their disease for the first time, is a predictor of disease progression some decades later,4 and finding such levels might lead a neurologist to choose a higher-efficacy DMT to start. Studies now reveal that following NfL levels over time might predict patients who will relapse or show early progression, prompting, perhaps, a change in therapy.5 Serum NfL has even been more predictive of longer-term MRI changes, such as brain atrophy, than MRI itself.6 Serum NfL is now included as an outcome measure in all ongoing clinical trials for DMT in MS and, similar to MRI, all successful and approved therapies to date have demonstrated an ability to lower serum NfL levels. Some therapies’ efficacies are now being judged on the magnitude to which they lower NfL levels,7 the greatest being autologous hematopoietic stem cell transplantation.8 It may also be reflective of ongoing progression once patients are in the progressive phase of their illness.9

MRI is costly and time-consuming and, with all its inaccuracies, it has become difficult to use it as a guide to treatment response. Most accurate measurements are performed in the brain, but most progression tends to come from spinal cord lesions that are not accurately measured. Additionally, it is not clear what sort of change over time on the MRI would dictate a change in therapy. We have cautiously advised that if more than 3 new lesions develop over the course of a year on DMT, that alone might be cause for a change in therapy because such data come from group analyses that are difficult to apply to an individual.10 Serum NfL is also fraught with a similar problem in that we know that elevations indicate new levels of damage, but what sort of level change is important for an individual patient, since once again, all of the data have come from group analyses.

All agree that having a simple, standardized serum biomarker to measure disease activity would offer the greatest utility in treating a medical condition such as MS, which now has a variety of graded therapies available. I would argue that serum NfL is the closest we have to such a marker, and the sooner we all adopt it as our own “sed rate,” the more we will realize its utility.